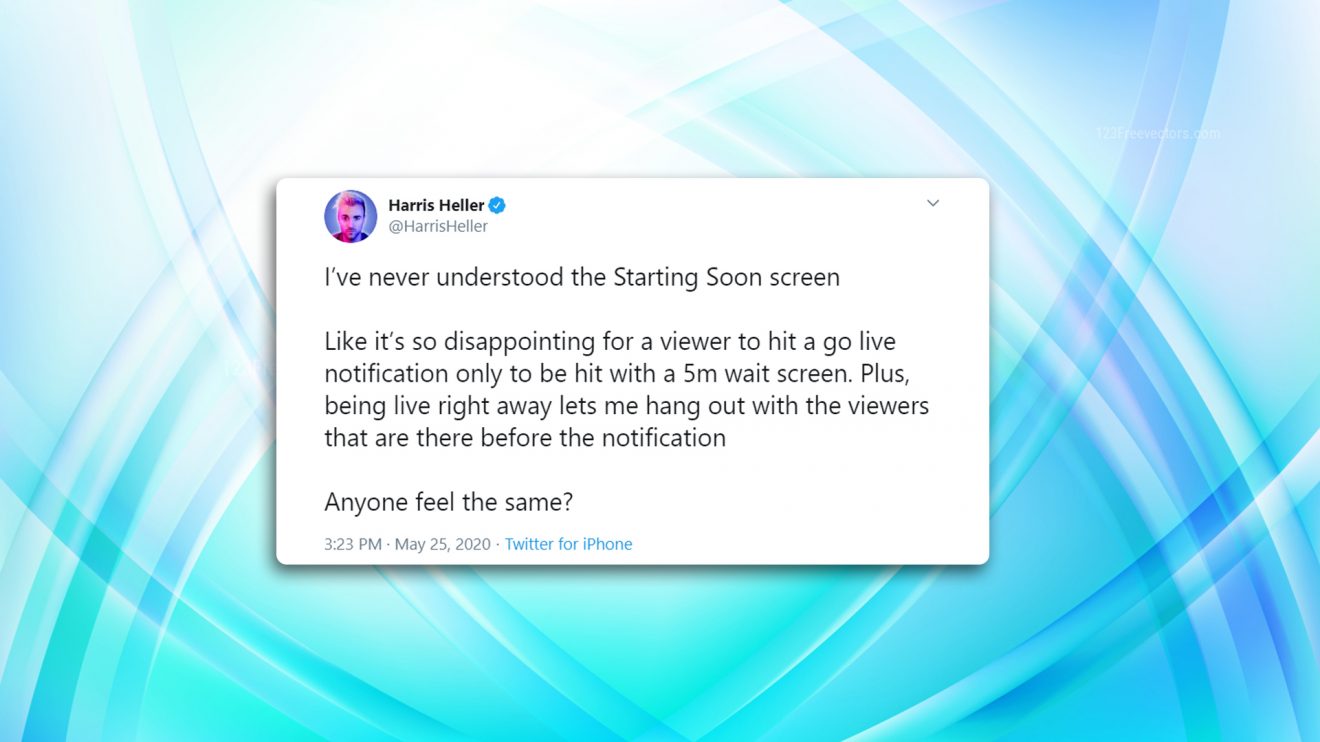 A couple of weeks ago, Harris Heller posted an innocuous tweet about his feelings on Starting Soon screens. It wasn’t a controversial take, but considering Harris’ status as the ‘stream doctor’ it was perceived that way. Opinions that originate from authoritative voices are often seen as fact. As such, the tweet gained massive traction among the streamer community on Twitter. Even top streamers like DrDisrespect and Summit1g had to weigh in.

While the opinions are mixed, the question does remain: Should streamers have a starting soon screen? For the uninitiated, a starting soon screen is a pre-content landing page, allowing viewers to filter in and get ready for it to begin. It’s something that most streamers do – but there’s no definitive evidence that it’s valuable other than it being the status quo. Until now.

For the last ten days, I’ve been actively tracking 200 different streamers ranging from 10 viewers to 20,000 viewer averages. I’ve collected the data on when they go live when notifications were sent via Twitch, via Discord bot, and when they appear in the sidebar. During that 10 day period, those 200 streamers went live over 700 times – giving me a pretty solid data set. (The real number of streams was over 1100 but some streams went live when I was asleep).

I was unable to definitively collect data on number of people who show up and leave when a starting soon screen is present. It would require way deeper access than I’m able to collect. But, notifications are a good data point as presumably, people would NOT know a stream is live without them.

When it comes to notifications, on-site and mobile seem to battle for effectiveness. As time goes on, web-based notifications ultimately win out on how quickly they are delivered. Twitch Sidebar placement is delayed significantly versus the actual live notifications from Twitch. And Discord’s Mee6 bot, which streamers often use to automate a ‘going live’ Discord message is the latest of all.

Here’s what the average time looks like for notifications:

Notifications and display on Twitch’s sidebar are ways in which followers most commonly will learn that a streamer is live. As such, it’s reasonable to assume that before a notification reaches your audience, they will have no way of knowing you’re live*. In order for the majority of your audience to be informed that you’re live, you have to wait on average, in the best-case scenario, 2 minutes and 43 seconds. An average that should capture the majority of people who follow you, is slightly longer at 4 minutes and 12 seconds. While in the worst-case scenario, it would take 18 minutes and 17 seconds for them to be informed.

A starting soon screen lasting between 2-5 minutes appears to be the right amount of time to ensure the most people have been made aware that you are live. That is, of course, if you want the most amount of people to be there before you say a word.

THAT SAID, if you don’t want a starting soon screen… you don’t need one. It’s completely up to you. If you want to talk to the people who arrive early, by all means do so! It’s your stream, do what you think is best!

*If you follow a strict schedule, people may know the exact time you go live and as such, do not need a notification. 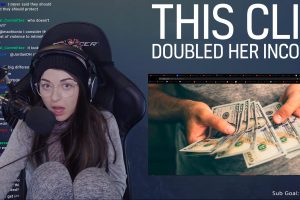 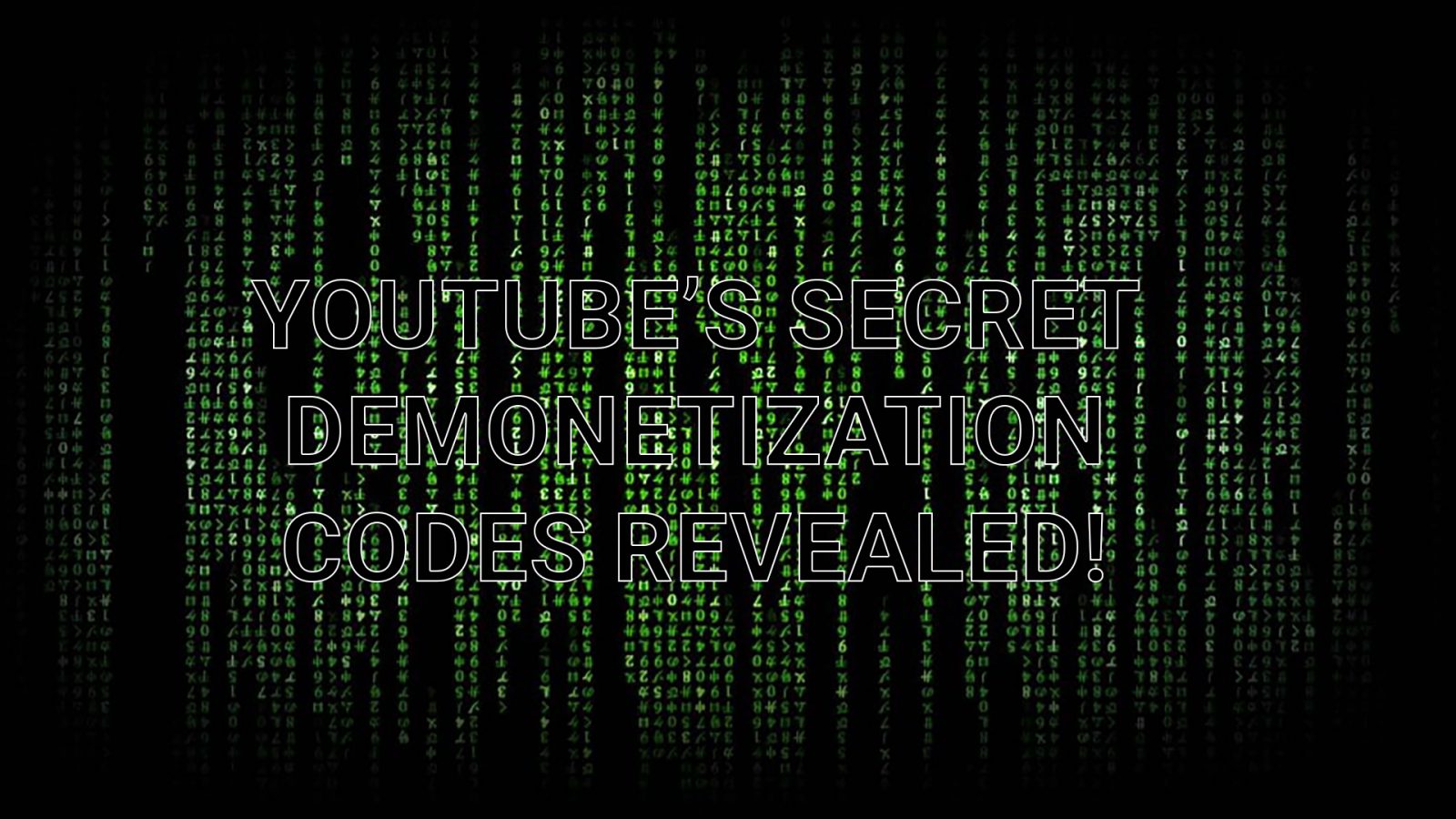 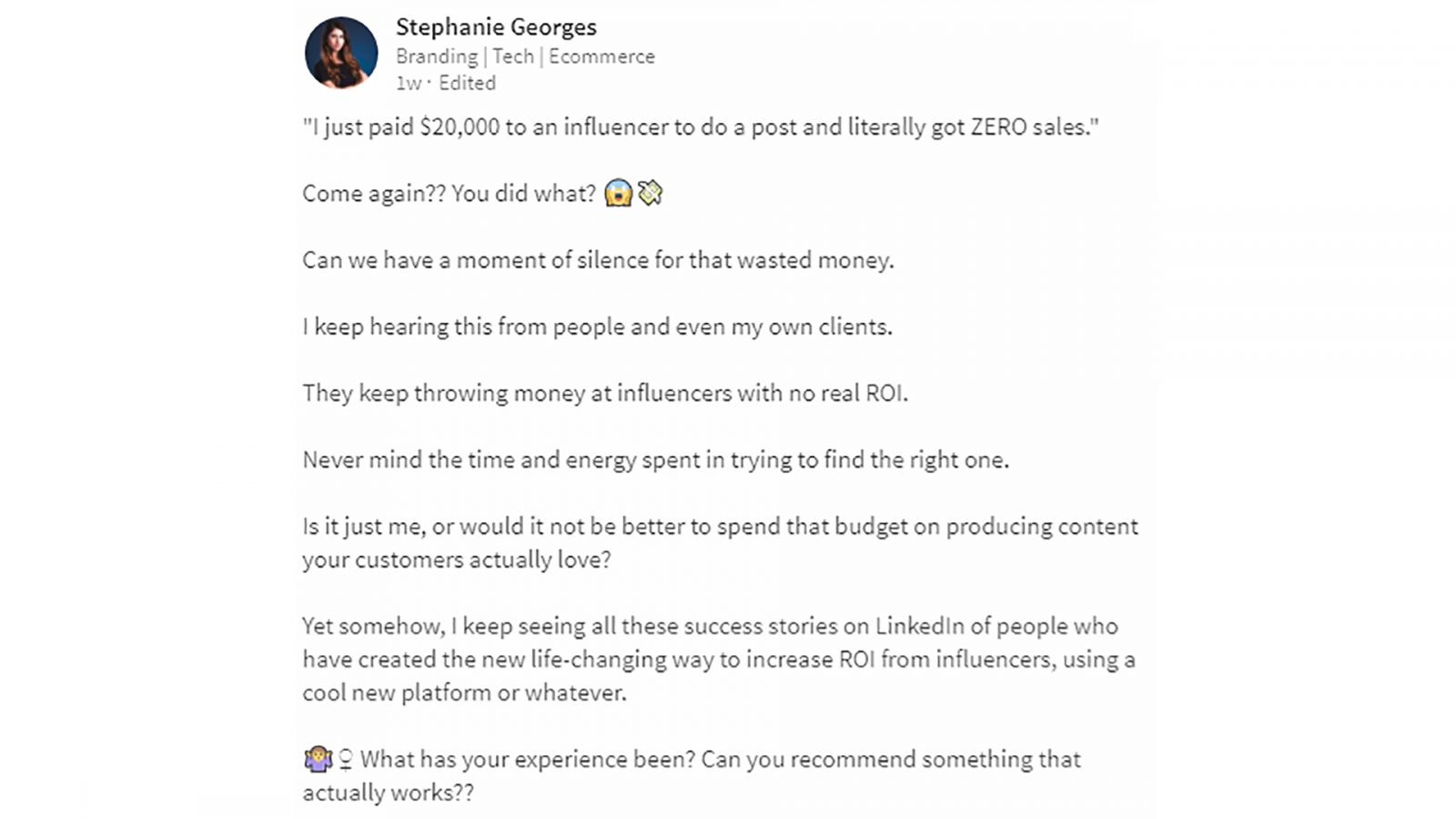