For Twitch Affiliates and Partners, your audience can support you for cheaper than usual! While you may already know about the Subtember subscriber push, there’s a new discount being offered by Twitch! This time it’s a 50% discount on Bits for your viewers! Let’s look at them both and why you should be encouraging your audiences to take advantage.

In September, Twitch launched “Subtember” as a way to encourage people who have never subscribed to a Twitch streamer before, to do so. The concept is simple – all subscriptions for September were half price. If you want to get a $5 subscription to a streamer, it was $2.50. The $10 level is $5. And the $25 level is $12.50. If you weren’t aware, this is a major reason why you may have seen a spike in subscribers last month. Well, the campaign was so successful that Twitch has opted to extend Subtember into Subtober. Now, the half price subscriptions will run until October 18th. Two days before TwitchCon. (Though, just note it only works on the first month. If someone subscribed for half price sometime between September 1 and 18ths, they won’t be able to access the 50% off a second time. Subscriptions will come at the full price.)

SEPtember is almost gone, but SUBtember has been extended! Thru Oct 18, 1st mo. of new Subs are HALFOFF! Learn more: https://t.co/ud7kwFjjKC pic.twitter.com/oYned7KxaP

If your viewers have already subscribed, a new thing to encourage them to check out is Bits. For a limited time, Twitch has announced that 500 Bits will be available for half price. Usually $7, for FIRST TIME BUYERS, that amount will be $3.50. For streamers, you should absolutely be encouraging it as each bit is worth 1-cent. Twitch is actually losing money on each sale of the 500 Bits ($1.50 each sale to be exact). But, the reason behind it, and Subtember, is to be a loss leader.

Getting people to try something once is Twitch’s biggest hurdle when it comes to their monetization ecosphere. By offering this discount, it gets users to try out either Bits and/or a Subscription for the first time. Once they have experienced how easy and fun it is, they will be far more likely to resubscribe next month. This is a boon for both Twitch streamers and Twitch themselves. It’s also a win for your viewers as it provides them with something new in the form of Cheering, Subscriber Emotes and your appreciation, of course.

For a limited time only, first time buyers get 500 Bits for only $3.50! Who do you plan to cheer for? https://t.co/okDUJ8SUnN pic.twitter.com/jQm57fyOBA

Good for Affiliates, but Partners Should Do More

For affiliates, both of these campaigns are pretty exciting. You’re likely to see an increase in subscribers this month AND in future months as the barrier to entry is lower. You also have a much more personal connection with your viewers than larger partnered channels do. Bits may be a harder re-sell as the perks are less defined (other than the icon indicating they’ve Cheered you at some point.)

That said, for Twitch Partners, there’s more you should be doing when it comes to monetizing your stream. For anyone streaming as a career, your best opportunity to make money is not within Twitch. Rather, the opportunity exists through channels you own (website, mailing list, etc). We’ll get deeper into this in the future, but if you’re not developing ways to monetize outside of Twitch, you’re leaving money on the table. Take Subtember and Subtober as a nicety, but don’t put all your eggs in one basket! 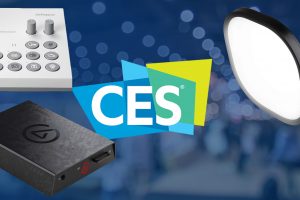 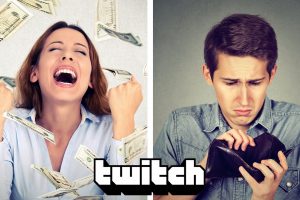 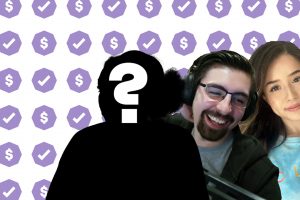 How To Increase Your Sub Split with Twitch