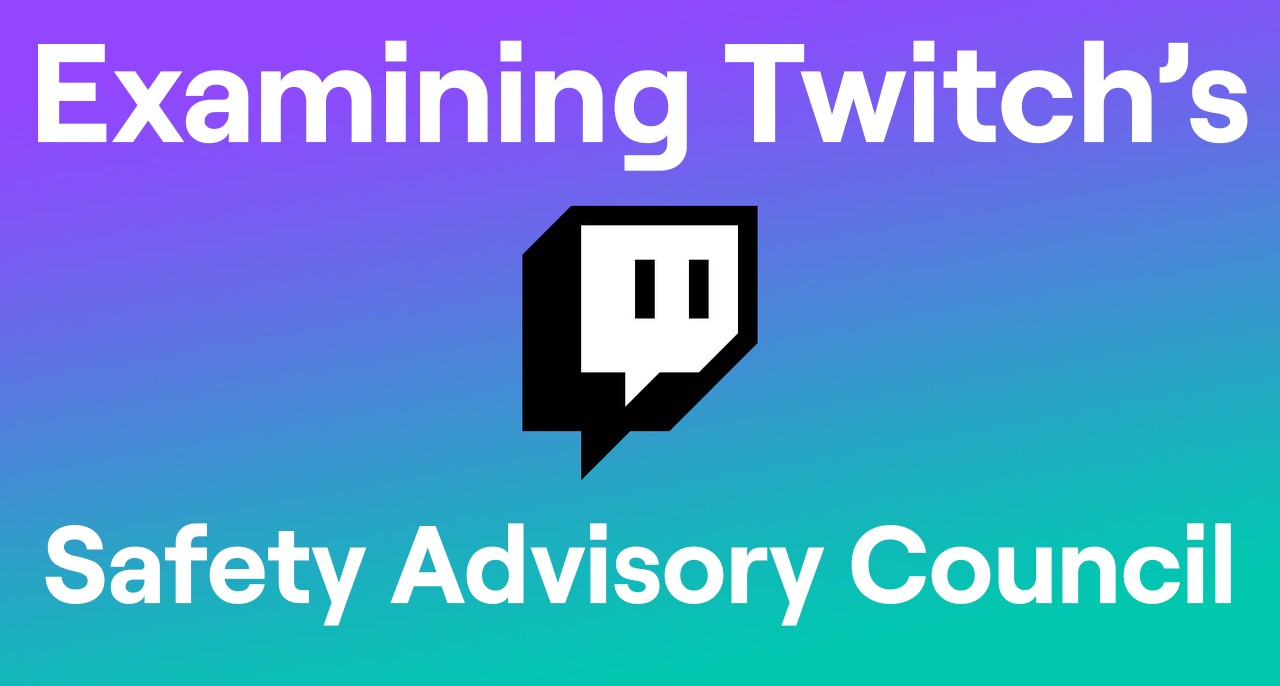 Twitch announced their new “Safety Advisory Council”, in a tweet and blog post. The Council, comprised of members of the community and experts are tasked with informing and guiding decisions related to safety on the platform. Originally announced at Twitchcon 2019, the (then) Safety Advisory Board was slated to help the platform clean up the inconsistencies with community guidelines and clearly answer TOS enforcement. Clarity and transparency have been in high demand for years now, and this group could have been helpful in leading that charge. It was lauded when it was announced as a positive change coming to the platform – but, all it took was one written statement by one council member to devolve into a community drama that has stripped it of respect from the community at large. This leaves us with the main question: Will the Twitch Safety Advisory Council make the platform better?

What the Twitch Safety Advisory Council is Supposed to Accomplish

The Twitch Safety Advisory Council (herein referred to as the Council), is tasked with five responsibilities:

For so few words, these tasks are a HUGE set of responsibilities that require a SIGNIFICANT amount of thought to ‘get right’. That alone suggests to me that this Council has been tasked with an impossible mission. Task 1 is perhaps the most reasonable of the bunch. It’s likely where this whole idea started – help Twitch make their Community Guidelines and Terms of Service more clear. In fact, Council members (Zizaran, Cupahnoodle, and CohhCarnage) have said that this is their mission for being on the council. No NEW policies, but rather CLEARER interpretation and communication of the existing policies. It reflected what Emmett Shear said back in September 2019.

If they do manage to address that first mandate and the platform develops a clearer communication style – mission accomplished! We will all look back on this Council with fondness. We’ll forget the drama (to be addressed in a moment), and credit Twitch with having gotten it ‘right’ for once. Twitch as a company will earn the goodwill of the community, and the outcome of the Council will have been positive for the future of the platform.

However, because of the glut of responsibilities I suspect the end result will be, at best, disappointing. The actual things everyone cares about (transparency) will be diluted, while also introducing new vague policies that further confuse the community. Or, perhaps the Council is just smoke and mirrors aimed at appeasing the community while the company will do whatever they want to anyway. While we have to wait and see what happens, certain member(s) of the Council are doing a great job of damaging its potential from the very beginning.

Addressing the Deer in the Room

If there is ONE thing that Twitch is (unintentionally) good at, it’s making their streamers the target of harassment. One member of the Council is a streamer named FerociouslySteph, a trans-deer-girl, with a small community and big ideas on how gaming should work. In the introductory blog post, her profile included this quote: “Her fight for inclusivity includes creating a competitive team composed entirely of marginalized gamers, and vehemently opposing non-inclusive mechanics such as voice chat.” The immediate reaction to this particular belief was confusion.

What Steph is, or what she enjoys doing, is not really that important. If she is competent, capable, and willing to work to better the platform for EVERYONE – then the fact she also considers herself a deer is irrelevant. Secondly, her opinion on voice chat is also unimportant as it relates to Twitch. Twitch is never going to ‘ban’ games that have voice chat because she doesn’t believe it is inclusive. Together, it can be argued that it shows the character of the person, but those two things alone shouldn’t disqualify her from the Council.

The confusion about her position on voice chat brought about criticism on Twitter, Reddit, and her own channel. It also brought about harassment. It should go without saying, but harassment is unacceptable. That said, not all critique, question, or commentary is harassment. In the context of having been given a position of power, she now has to speak TO and FOR everyone on Twitch. It’s no longer JUST about her. By being on this Council, she has to think BEYOND herself – a task that few are equipped for, especially smaller streamers who haven’t been exposed to this level of scrutiny before.

Understandably, she didn’t handle it well, resorting instead to childish “Stay mad. Stay mad haters. I’m right. I’m right,” type responses. This scrutiny and judgment will NOT end soon. Unlike a lot of platforms, Twitch is one that does not easily move on. Alinity remains subject to her past transgressions every time she tweets. Ice Poseidon is still spoken in the echoes of Twitch chat. LULW’s and monkaS can be found in nearly every channel – whether they have BTTV or FFZ or not.

Twitch’s community, and the understanding of it, is paramount to the success of any advisor to the platform. When given power to speak on behalf of people, it’s important to step ABOVE oneself and focus on the community at large. That’s not easy, especially when it often comes with the burden of negative commentary. I hope she rises to the challenge, realizes her position and moves to be a voice OF the community.

For now, not much will happen in the short term. People will continue to discuss the Council on podcasts, in Discords and meme about it in chats. Steph will continue to be clipped and shipped to LSF. She’ll hopefully get better at responding to it.

I hope Twitch is TRANSPARENT with the Council and their suggestions. I would hope they release meeting notes after each session. I’d love to see Council members release their own statements and requests for feedback on their ideas to bring to the table. Make this a collaborative effort WITH the community rather than behind closed doors. More GivePLZ, less TheIlluminati.

But equally, I believe that nothing will come from this. That this is all just a distraction that will result in few changes. Twitch has their ideas of what they want to do, and Council or not, that’s the direction they are going to go in. And to be very honest – I wouldn’t blame them. Twitch as a platform was built on community. But at a certain point, the chat moves way too fast to read every message. By then, Twitch chat is mostly just a steady stream of emotes that top streamers can gauge sentiment on what they’re currently talking about. So, if Emmett Shear sees this (VI VON ZULUL), but also: 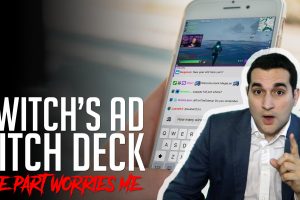 Twitch’s Advertising Pitch Deck is Worth a Look 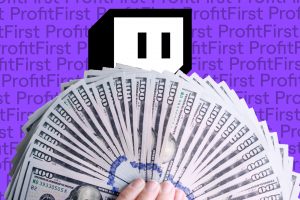